Over 170 million people are locked down across Europe. The EU has closed its external borders to non-residents.

Over 170 million people are on lock down across Europe.
Image: Unsplash/Tania Malréchauffé

On the face of it, the Attestation de déplacement dérogatoire is a straightforward form. In a nation known for its centralised system of government, forms are nothing new. But this one represents a remarkable curtailment of freedom in the country built on the concepts of liberty and equality.

France is in lockdown and citizens are not permitted to step outside their front door without completing the form. They must state their justification for being outdoors and if they don’t have a good reason they are liable to be fined $146. 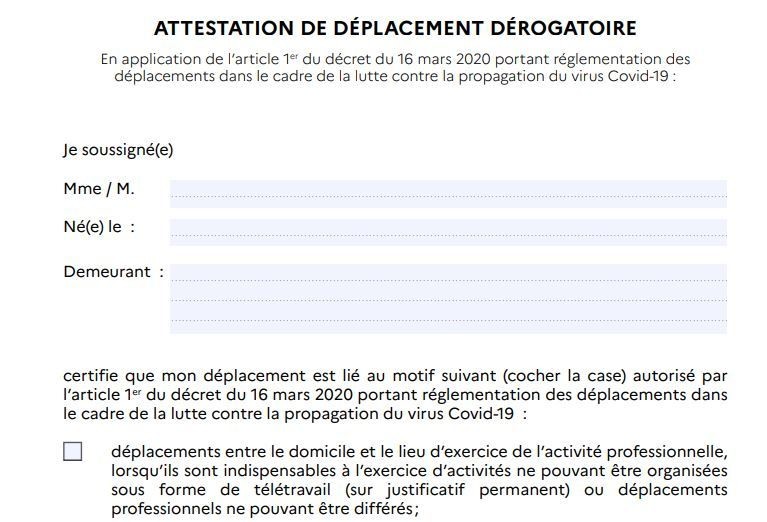 Over 100,000 regular police and soldiers are on the streets of French towns and cities to enforce what President Emmanuel Macron has called a “war” against the coronavirus. He hopes that by confining people to their homes, the spread of COVID-19 can be contained.

The only people permitted to be outdoors are those who can’t work from home, who are going to help sick relatives, buy essential supplies from approved shops or attend a medical appointment, or who are taking brief exercise alone.

Across Europe, streets started to empty when people showing symptoms of the virus began to self-isolate. Now in some countries there are blanket bans on anyone leaving their homes. More than 170 million people are reported to be under lockdown.

Italy and Spain have both imposed such restrictions on citizens as they battle Europe’s two highest rates of coronavirus infection. Austria and the Czech Republic have also ordered citizens to stay at home and avoid all but essential outings to buy food and medical supplies.

Norway has passed a law requiring people to stay at home or risk a $2,000 dollar fine and up to 15 days in jail. Norwegians who have taken refuge in their popular country cabins have been ordered to return home immediately or risk arrest.

Finland has invoked emergency powers to close its borders and shut schools and universities. Public gatherings of more than 10 people are also banned in the country. And Sweden, Belgium and Denmark have also urged people to stay at home and avoid gatherings.

The European Union, meanwhile, has closed its external border.

In Germany, Chancellor Angela Merkel has told people to stay home and cancel all travel plans. The government has banned gatherings in places of worship and ordered non-essential shops, as well as playgrounds, to be shut. 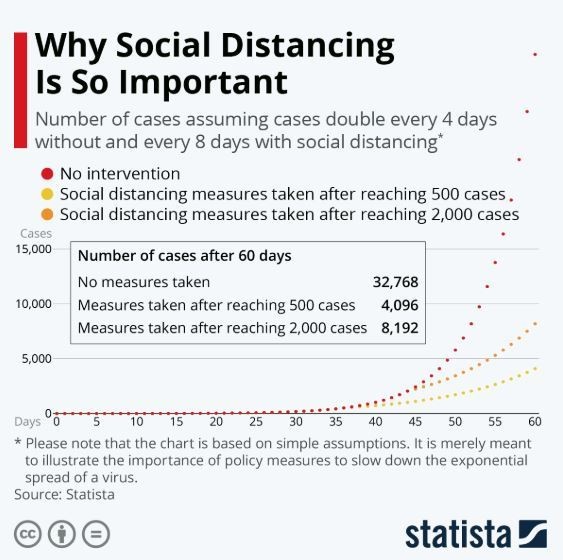 In the UK, the government says people should work from home where possible and has told citizens to practise “social distancing” – keeping at least two metres away from other people. Meanwhile, people have been urged to avoid pubs, bars and large social gatherings.

Few large gatherings are now planned anywhere in Europe, with sporting fixtures including the Euro 2020 soccer tournament, as well as concerts and festivals postponed or cancelled.

Even production of popular TV shows is being stopped, including the BBC’s long-running soap opera EastEnders and two of its hit medical dramas.

An outbreak of altruism across the continent is helping those forced to stay at home to adjust to their new way of life.

Neighbours are volunteering to collect essential supplies for people self-isolating, or even walk their dog for them.

In Seville, Spain, a fitness instructor is leading exercise classes from the rooftop of an apartment block so people stuck indoors in neighbouring buildings can stay in shape.

In the United States, artist Yadesa Bojia produced Facebook videos translating official coronavirus advice for his fellow Ethiopian Americans, and a group in Oxford, UK, has set up an online advice hub for vulnerable people self-isolating.

Redmi Smart TV MAX is a 98" monster on a budget

What Australia's $189bn coronavirus economic rescue package means for you