The latest 10nm Intel Tiger Lake CPU benchmarks have leaked out which once again show the quad core, Core i7-1165G7, performing on par with AMD’s 8 Core Ryzen 7 4700U ‘Renoir’ APU. Earlier, we got to see the test results in 3DMark 11 which showed similar performance gains but several of our readers reported that since the 3DMark 11 benchmark is quite old, it doesn’t scale well with greater than 4 core chips. So the latest benchmark in 3DMark Time Spy has been leaked by Rogame which shows similar CPU performance but even better graphics performance.

The Intel Core i7-1165G7 is the second fastest Tiger Lake-U chip which falls right below the Core i7-1185G7. The processor features four cores, 8 threads which are clocked at a base frequency of 2.8 GHz and a boost frequency of 4.7 GHz. The CPU is accompanied by the Intel Xe graphics engine and offers up to 2X the performance increase over Gen 11 graphics chips.

In terms of performance, the CPU was compared with the Ryzen 7 4700U which is also the second fastest AMD Renoir Ryzen 4000 CPU and falls right below the Ryzen 7 4800U. Both CPUs have been tested with their max TDP configurations of 28W (Tiger Lake) and 25W (Renoir). The Core i7-1165G7 additionally featured LPDDR4x 4266 MHz memory which is going to be a standard implementation on most if not all Tiger Lake based laptops. 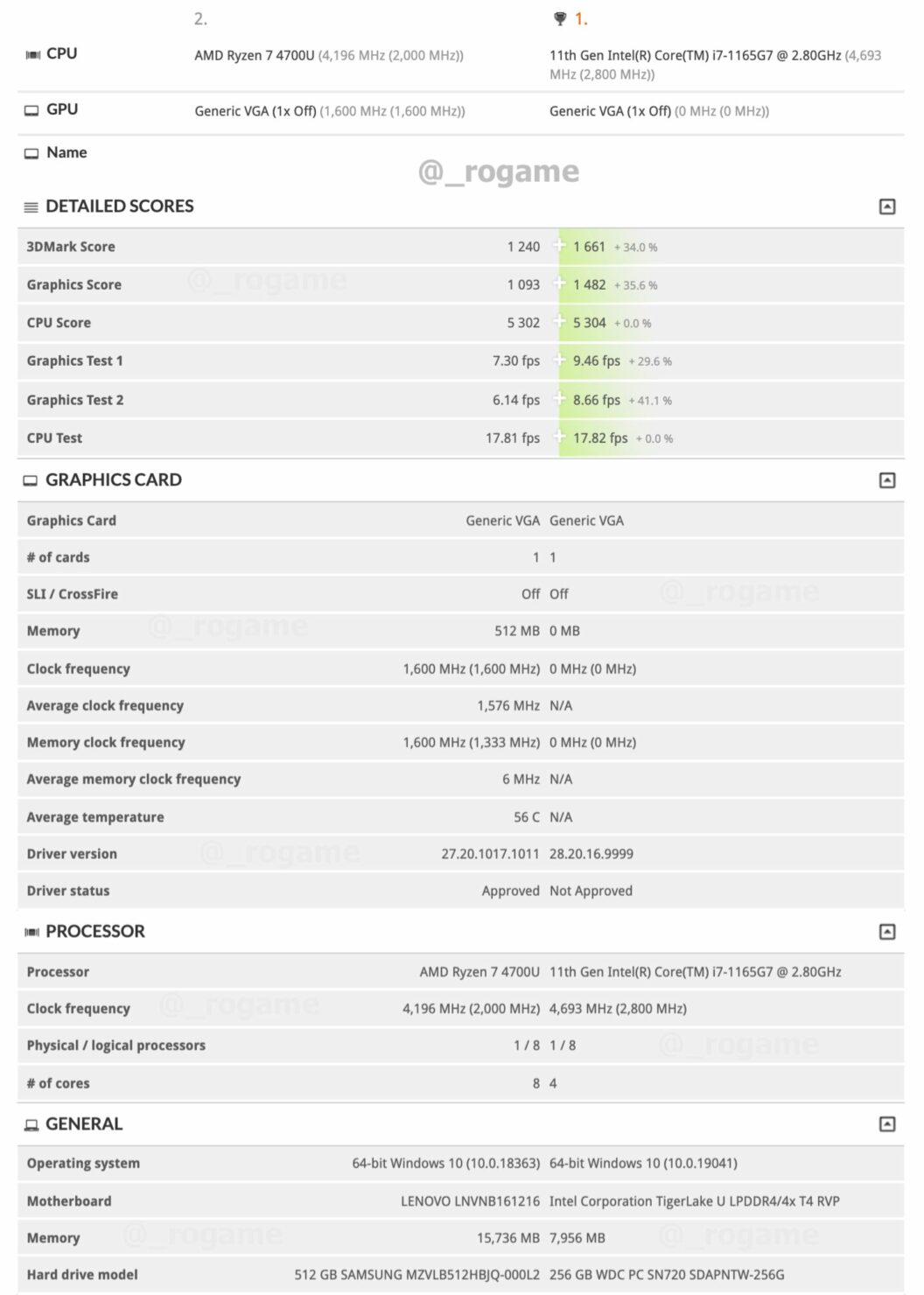 It will be interesting to see how much of lead Ryzen 7 4800U can sustain against the faster Core i7-1185G7 but it’s still impressive to see Intel tackling AMD with halve the core count while providing up to 20-30% GPU side gains. 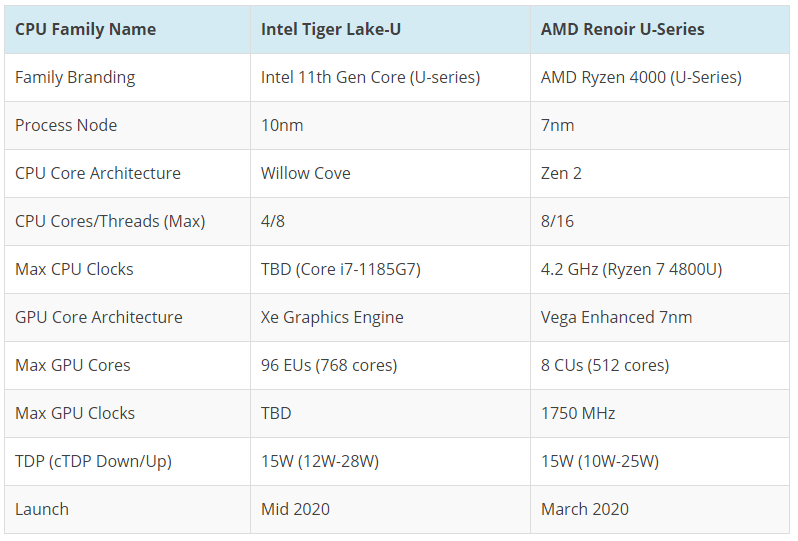 An engineering sample of the Tiger Lake CPU was recently demoed in Battlefield V at 1080p (High Settings) and delivered an average 30 FPS. The platform was using early drivers and software but we got to see a brief but impressive presentation of graphics performance from the Xe architecture on mobility platform. Editor of HardwareLuxx, Andreas Schilling, provided some GPU performance comparison of older Gen 9.5 and Gen 11 GPUs from Intel versus the Xe GPU in the same scene with the same testings.

His findings revealed that the Core i7-1165G7 is more than twice as fast as the Core i7-1065G7 and four times faster than the Core i7-10710U which features the older Gen 9.5 graphics chip from the Skylake era. These are definitely some impressive results for an early preview of the Xe GPU & the upcoming Tiger Lake chips.

Intel Tiger Lake processors are expected to arrive in a few months and will feature some new changes to the architecture. First up, they will have the new Willow Cove cores replacing Sunny Cove cores which are currently featured on Ice Lake processors. Along with the new cores, we will get cache redesigns as stated above, new transistor-level optimizations, and enhanced security features. Intel will also be featuring their Xe-LP GPUs on Tiger Lake chips which would deliver a 2x increase in perf over the Gen 11 GPU featured currently on Ice Lake chips. 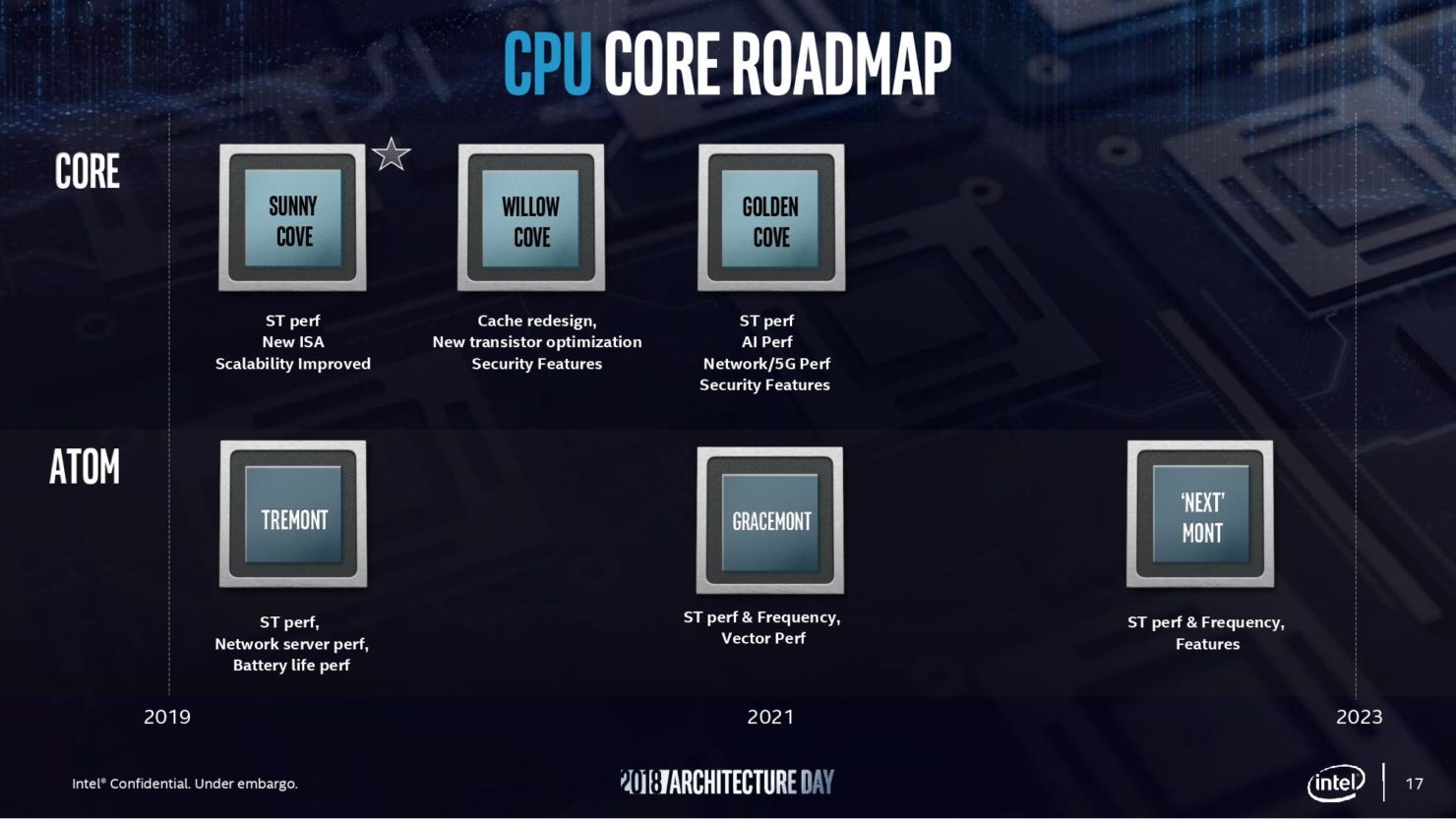 That and coupled with the Xe GPU architecture, the 10nm+ node should also deliver increased clocks compared to the first iteration of the 10nm+ architecture featured on Ice Lake chips. The 10nm Tiger Lake CPUs would tackle AMD’s 7nm Zen 2 based Ryzen 4000 ‘Renoir’ family in mid of 2020.

Android 11 is changing notifications in a big way: Here's what you should know

Software will reshape our world in the next decade