It looks like Intel’s 10nm Tiger Lake CPUs are popping everywhere as a new entry has just been found by tech leaker, Rogame.

It looks like Intel’s 10nm Tiger Lake CPUs are popping everywhere as a new entry has just been found by tech leaker, Rogame. The latest entry is based on a Microsoft test platform for its next-generation Surface Laptop 3 which would also come in an AMD Ryzen 4000 configuration as we reported a few days back.

The chip that has been spotted features the same 4 cores and 8 threads that we have seen for all leaked Tiger Lake-U chips till now. The CPU comes with a base clock of 1.2 GHz and from the looks of it, it doesn’t have boost feature enabled at the time of testing as it was also reported at 1.2 GHz. The CPU was also tested way under its nominal base frequency of 2.70 GHz which means that this is still a very early sample. On the graphics side, we can expect an Intel Xe graphics powered iGPU which would deliver 2X the performance uplift over Intel’s Gen 11 GPUs featured on Ice Lake CPUs.

This test configuration featured 16 GB of memory and a 256 GB SSD. In terms of performance, the CPU scored 4349 points in the combined, 8412 points in the Physics and 5540 points in the graphic score tests.

While these numbers may not look impressive at first, it should be pointed out what Rogame also mentioned that the first tests for AMD’s Ryzen 4000 ‘Renoir’ lineup also weren’t that great but by the time they released, it got a whole lot better. We can expect a similar performance improvement in the final silicon versus early test samples. According to Rogame, he expects that the Tiger Lake-U Xe graphics-based iGPU could be up to 10-20% better than the one enhanced 7nm Vega iGPU on the Ryzen 7 4800U while the CPU itself would outperform the Ryzen 7 4700U, an 8 core and 8 thread part which would be quite impressive.

In addition to the Surface Laptops, an ASUS UX363EA notebook was also spotted by TUM_APISAK and Rogame which features the Tiger Lake-U CPU. The chip comes with the same core config but it runs at its rated base frequency of 2.70 GHz. The boost frequency doesn’t seem to work on this sample either at the moment. The chip scores 1374 points in the 3DMark Time Spy benchmark with a GPU score of 1237 and a CPU score of 3737 points. 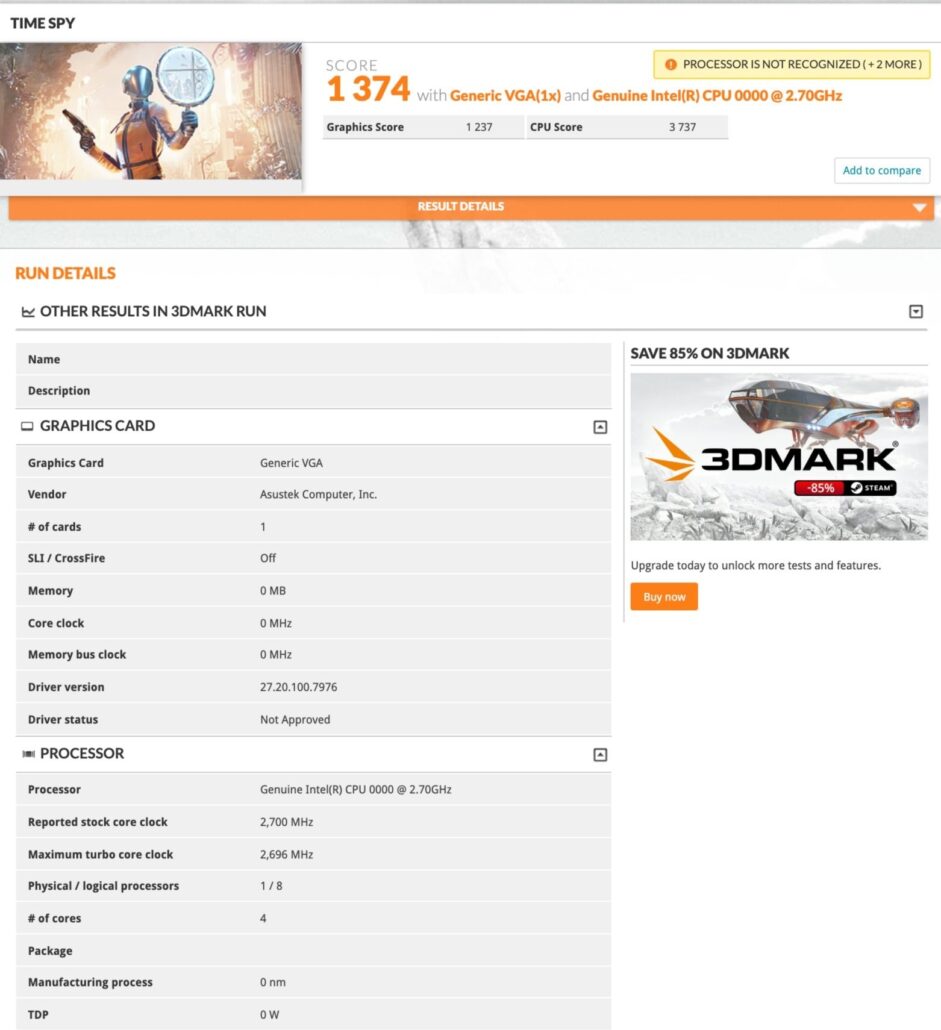 Following, you can see how the early sample compares to AMD’s Ryzen 4000 ‘Renoir’ series chips in the 3DMark Time Spy Graphics performance test: 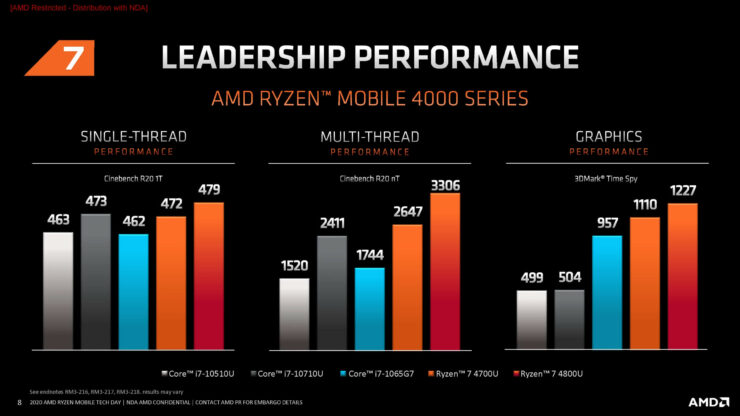 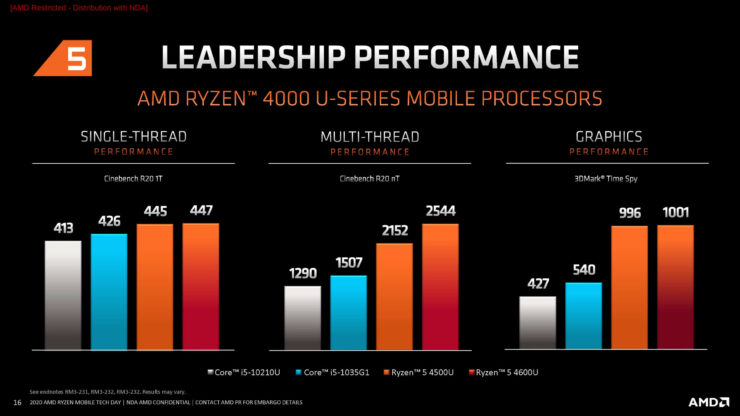 You can tell that the Tiger Lake chip is only slightly faster than the AMD Ryzen 7 4800U but we also saw a different entry where the lead was up to 10% than AMD’s fastest 7nm Vega iGPU. These are still early tests and as stated earlier, a lot of optimization still needs to be carried out and we will end up seeing a faster product in the final retail laptops and notebooks based on Intel’s 10nm Tiger Lake CPUs.

Intel Tiger Lake processors are expected to arrive in 2020 and will feature some new changes to the architecture. First up, they will have the new Willow Cove cores replacing Sunny Cove cores. which are currently featured on Ice Lake processors. Along with the new cores, we will get cache redesigns as stated above, new transistor-level optimizations and enhanced security features. Intel will also be featuring their Xe GPUs on Tiger Lake chips which would deliver a 2x increase in perf over the Gen 11 GPU featured currently on Ice Lake chips.

That and coupled with the Xe GPU architecture, the 10nm+ node should also deliver increased clocks compared to the first iteration of the 10nm+ architecture featured on Ice Lake chips. The 10nm Tiger Lake CPUs would tackle AMD’s 7nm Zen 2 based Ryzen 4000 ‘Renoir’ family in the second half of 2020 so it will definitely be interesting to compare both Intel and AMD variants of the Microsoft Surface laptop against each other.

LENOVO M10 PLUS LAUNCHED IN CHINA WITH 10.3-INCH SCREEN AND HELIO P22T SOC